26 years ago Neridah Waters, auditioned for her school Rock Eisteddfod and got rejected. To this day she carries the bitterness in her polyester puffed sleeves. She’s channelled her angst into Common People Dance Project, and it’s coming to the Sunshine Coast for the very first time.

Who are you and what do you create?
My name is Neridah Waters. I’m a performer, theatre maker, and choreographer, and I run a company called Common People Dance Project, where I run fun, all ages and all abilities dance workshops, classes and projects, so people can come together in their communities, discover the joy of learning big choreographed group routines, and lose themselves in dance. 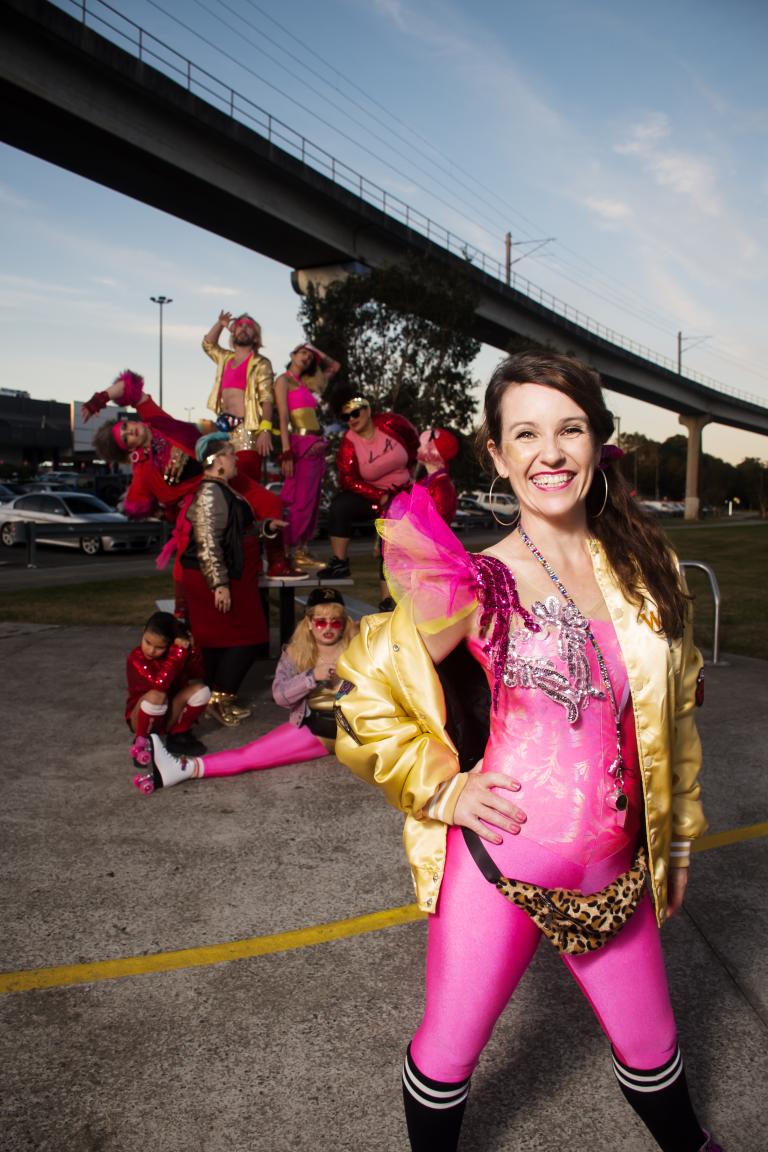 Tell us about the origins of Common People Dance Project
In 2009 Fez Fa’anana and I wanted to go to The National Circus Festival for free, so we proposed running a dance workshop to Pulp’s song, Common People. This workshop was so popular that it led to a huge flash-mob performance witnessed by the entire festival audience. Thus, the Common People Dance Project was born. Since then we have been invited to run dance projects at Adelaide Fringe Festival, Brisbane Festival, Melbourne Fringe Festival, Perth Circus Festival, Surfers Paradise Festival, Edmonton Street Festival (Canada) and Glastonbury Festival (UK). It has inspired a number of groups nationally and internationally, and now we are running regular classes, workshops and projects.

What’s the plan for your Sunshine Coast debut as part of Horizon Festival?
We’re going to bring the Common People Dance Eisteddfod up to the Horizon Festival. We’ll be building a Sunshine Coast team of coastal warriors, of all ages and all abilities. No previous dance experience is necessary. I got rejected from my school rock eisteddfod 26 years ago, so now I’m making my own Eisteddfod that welcomes everyone.

What can people expect from the dance classes?
A fun and hilarious dance class like no other. The class feels like you’re dancing back in the 80’s/90’s, with your friends at a club, or your cousin’s wedding on a Saturday night. But it’s on a weeknight and we’re not relying on alcohol to lose our inhibitions. Just the passion of the power ballads and awesome group interpretive dancing to it. 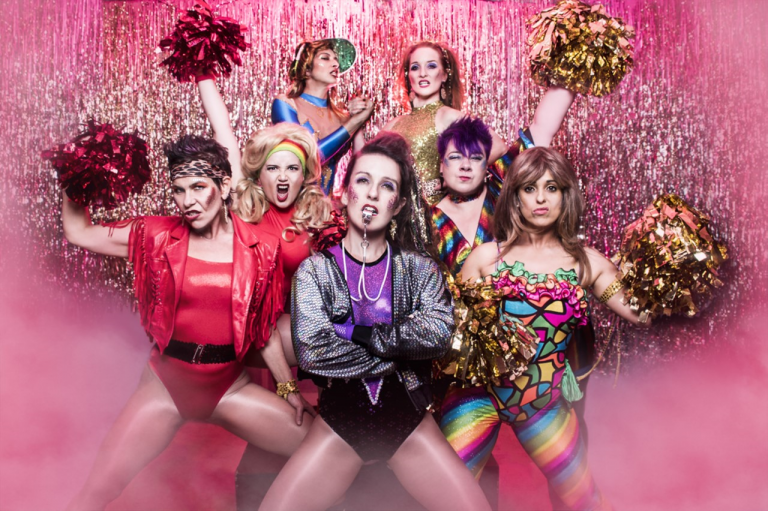 Brisbane folk who have taken part over the past few years are quite literally obsessed with Common People Dance Project. Why do you think the project is so meaningful to participants?
The synchrony involved in dancing to a beat, along with other people, is a powerful way for humans to connect. Moving and laughing together helps break down the barriers we put up mentally between us and others.

A lot of people have scaring stories about their previous experiences with dance classes. Examples are dance teachers telling them that they don’t have the right facility/body/looks/turnout, to take dance seriously. They’ve felt really self-conscious in a dance class. The Common People Dance Eisteddfod is not a serious competition — in fact it is taking the mickey out of that competitive environment. No matter what age, body shape, or physical ability, everyone can dance and is welcome in this class. There is no shame, or comparing ourselves to other people, or talking about the right way to do a particular move. We can all interpret it differently and we welcome that. We’ve had: 84 year olds, to 3 year olds, heavily pregnant women, people in wheelchairs, people with mobility issues, people who haven’t danced before, even ex-professional dancers. The class is focused on capturing the passion of the music with our powerful moves, and we help people adapt them to suit their bodies.

Having teams compete in an ironic/satirical competition really bonds people. They feel less self-conscious, and are more focused on their team winning and beating those enemies on the other side of the river — or in the Sunshine Coast’s case: in the city.

Some participants talk about these dance classes being like a mental health class; saying that it’s cheaper and funner and more beneficial than therapy.

Here is a quote from a previous participant that is now going to be part of the Sunshine Coast team:

“This my friends is life changing. You don’t know how much you need this in your life until you’re doing it. It’s the most fun I’ve had since the monotony of making school lunches kicked in. It’s kid friendly, being all ages; it’s body positive; it’s inclusive of different abilities; culturally diverse; and it’s a queer friendly space for anyone who has young people needing an inclusive environment. Everyone is welcome. You don’t need to be a dancer (hence the term common people), you just need to turn up and get ready to laugh. Bring your kids, find your 80’s groove, and join us for next level awesomeness. Please share this post amongst your friends. Let’s make a team even bigger than the Brisbane team!”

Any favourite or most memorable moments from the project?
I asked a 10-year-old boy in the Southside Team if he wanted to have a featured moment in the Common People Dance Eisteddfod. He was unsure, but after lots of encouragement from his family, and team, he performed in front of hundreds of people at Brisbane Festival — he was incredible. His mum said that she noticed his confidence change significantly, to the point where he wanted to put himself forward for school captain. His mum was surprised, so asked if he was sure, and he said: after doing a giant dance battle he could do anything. Yesterday, Zak was awarded School Captain for 2021. How cool. Art can change lives.

And finally, it’s pretty early to call but… do you think Sunshine Coast newbies will be victorious against the Brisbane veterans?
The answer is YES. Although the other teams have had more experience with the Common People Dance Eisteddfod, the Sunshine Coast will come in with fresh coastal energy. Also a quick tip — the rules of the competition are: the teams can cheat, they can bribe the judges, and they can sabotage the other teams. GO THE MIGHTY SUNNY COAST!

Due to an overwhelming number of Rock Eisteddfod enthusiasts on the Sunshine Coast, our dance class is currently full! To get first dibs on any spaces that become available in future, please sign-up to our waitlist here.