A glorious vomit-splash of sequins, spandex and glitter — the Common People Dance Classes are back at Horizon Festival for the second year running!

26 years ago Neridah Waters auditioned for her school Rock Eisteddfod and got rejected. To this day she carries the bitterness in her polyester puffed sleeves. She’s channelled her angst into Common People Dance Project, creating her own Rock Eisteddfod competition — but with adults! (and kids; and babies in carriers; actually, anyone).

After attaining cult-status in Brisbane — and after a HUGELY successful first year with the Horizon Festival Team — Neridah’s bringing her famous dance competition back to the Sunshine Coast.

Just like last year, we’re forming two Sunshine Coast teams to battle it out at a Regional Competition during Horizon Festival 2022. From there, the Sunshine Coast rep team (the winner of the Horizon Festival dance battle) will then head to Brisbane Festival for the ‘Nationals’ — dancing off against the Gold Coast and Brisbane metro teams, to run an epic dance battle for the common people of South East Queensland. 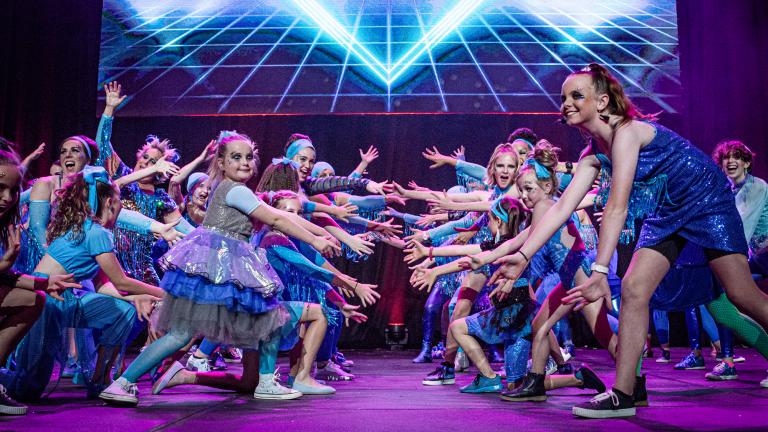 Why join the team?

Grab your crew, bring your mum, or come along solo.