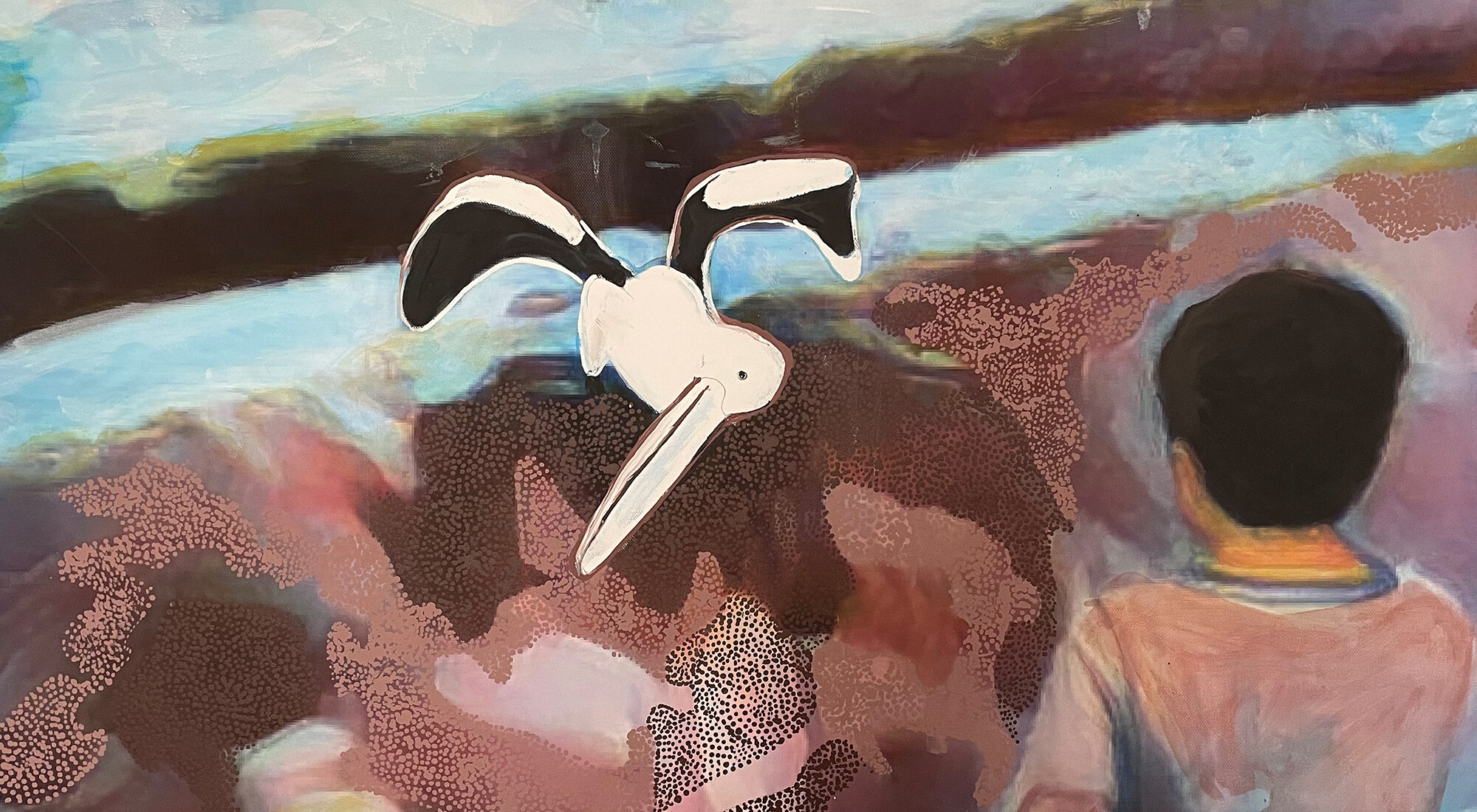 A children’s book by Aunty Hope (Dr Hope O’Chin) that tells the Dreamtime story of a boy called Guyu and his friend, Mr Pelican.

There will be Guyu and Friend Mr Pelican books available to take home.

Guyu and Friend Mr Pelican is one of the selected Homegrown projects to appear in the 2022 Horizon Festival program. Now in its third year Homegrown is well and truly embedded in the program. Our commitment to investing in the growth of local artists and creating presentation opportunities is key to the core values of the festival.

Aunty Hope is a Kabi-Kabi (also known as Gubbi-Gubbi), Wakka-Wakka, Koa, Gugu-Yalanji educator who has worked in education from the early 1980s and as an artist from 1993, exhibiting in over 45 exhibitions. Hope has been a classroom teacher, employed as a Tutor, Lecturer, Senior Lecturer Aboriginal, and Head of the ATSI Primary and Secondary Teaching Program CAE (Mt Gravatt campus). Catholic Education employed Hope as the Principal Coordinator of Ngutana-Lui in Brisbane and was also appointed Chair of the Queensland Indigenous Catholic Education Advisory Committee. In 1991, Hope was appointed Assistant Executive Director, Aboriginal and Torres Strait Islander Schools. From 1993, as Director and Chair of the Queensland Indigenous Catholic Education Advisory Committee, Hope became a member of many State and National Committees in the education, training and employment sector. Additionally, Hope has served six consecutive years as a Commissioner of Corrective Services, Trustee of the Queensland Art Gallery and member of other statutory boards in Queensland, including the Queensland Teachers Board of Education.

‘Homegrown’ is supported by the Regional Arts Development Fund, a partnership between the Queensland Government and Sunshine Coast Council to support local arts and culture in regional Queensland.

4-12
Venue is wheelchair accessible
Some images may contain images of Aboriginal and Torres Strait Islander people who may have passed.
Add to my events
Share

4-12
Venue is wheelchair accessible
Some images may contain images of Aboriginal and Torres Strait Islander people who may have passed.

Listen more not spoken for